THE DYNAMIC FULLNESS OF THE VOID 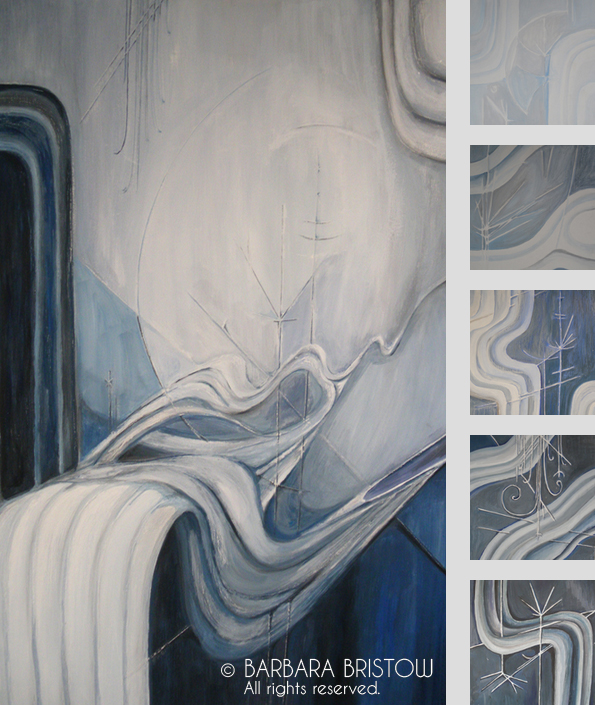 Having read "The Universe that discovered itself" by John D. Barrow and the "Tao of Physics" by Fridjof Capra I felt particularly inspired by the following passages:

To quote Fridjof Capra, a physicist:
"The quantum field is a continuum that is present everywhere in space and yet in its particle aspect has a discontinuous, granular structure. The two apparently contradictory concepts are thus unified and seen to be merely different aspects of the same reality. As always in a relativistic theory, the unification of the two opposite concepts takes place in a dynamic way: the two aspects of matter transform themselves endlessly into one another."

John D. Barrow, a mathmatician and physicist wrote:
"We have found that all these forces are best described by a merger of the classical concept of a continuous 'field' of force introduced by Faraday, with the quantum ambiguity of nature. The offspring of this union is the quantum field. We recall that the classical field of Faraday was an unspecified 'something' filling all of space... If, like Lord Kelvin, one insists upon a picture, then that of a flowing liquid filling all space is a good analogy for certain fields."

In my own words:
The 'empty space' or void in the universe that seems to be such a vast, featureless, formless nothingness is not really, truly nothingness or emptiness. There are flowing fields of energy like the tides of the ocean and atomic particles colliding, splitting, spinning, appearing and disappearing. This cannot actually be seen but nuclear physicists have established that this is so.

I have tried to visualise the above and then translated it into colour and form in my blue composition 'The dynamic fullness of the void'.

All artwork remains copyright to Barbara Bristow. Any use of content on this web site - including reproduction, modification, distribution, or republication - without prior written permission is strictly prohibited.

Most of the work shown on this site is for sale. All of the works are hand painted originals. Please contact me by email to discuss price and details.