The four paintings of ‘Spaces in Space’, which were shown for the ’Dame Catherine Arts Summer Exhibition 2019’, on August bank holiday in Ticknall, Derbyshire are:

Visit arts.damecatherine.org and see section Artist Sponsors 2019, an entry about me can be found.

FROM DARKNESS INTO LIGHT

On 15.9.2018, to commemorate THE END OF THE FIRST WORLD WAR we had a wonderful Gala Day in Littleover, Derby, on the Village Green and in the Church Hall. I had planned a project for 2 large artworks involving members of the visiting public.

Willing participants were encouraged to colour bird shaped paper cut- outs provided by me. Each completed colourful bird was to be temporarily fixed on to the big canvases for display. Later, I would fix them permanently on to the canvases in my studio deciding on the final composition. The envisaged result would be a diptych measuring 1.5 x 1 meter (each canvas).

The completed diptych ‘FROM DARKNESS INTO LIGHT’ can be seen until 20th Feb 2019 in St. Peter’s Church. It has been there since 6th October 2018. It is envisaged for it to be shown some time early next year in the Church Hall in Littleover, near the White Swan Pub.

Each canvas measures 1.5 meter by 1 meter 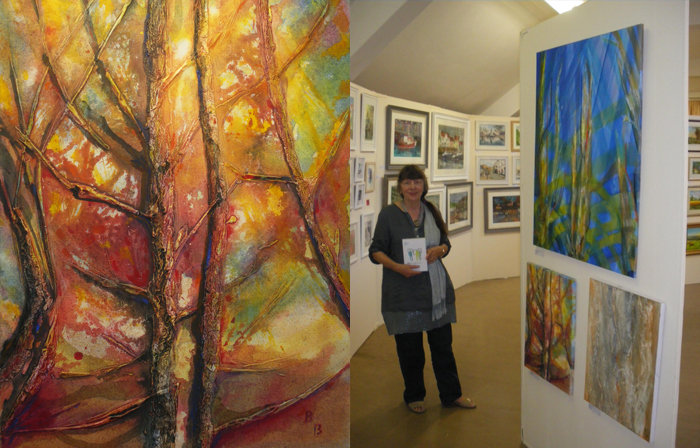 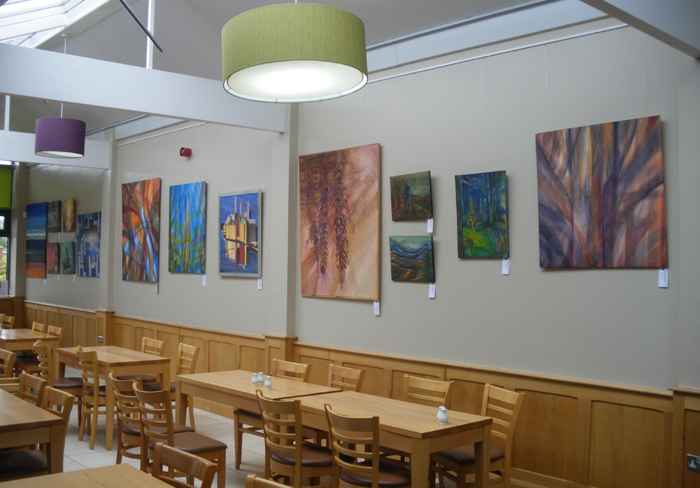 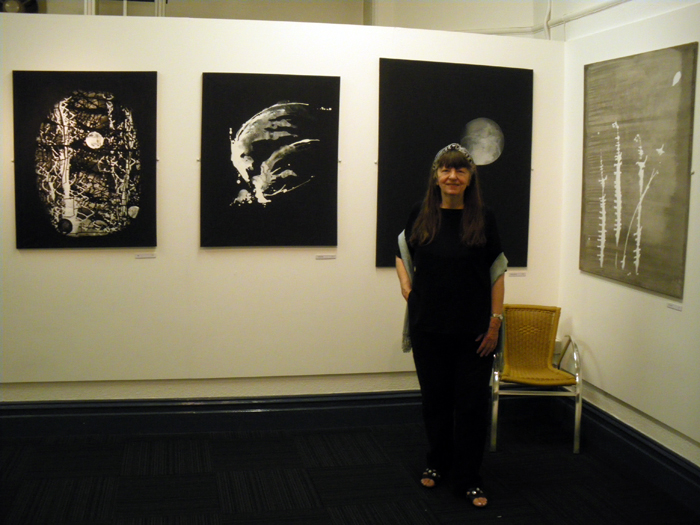 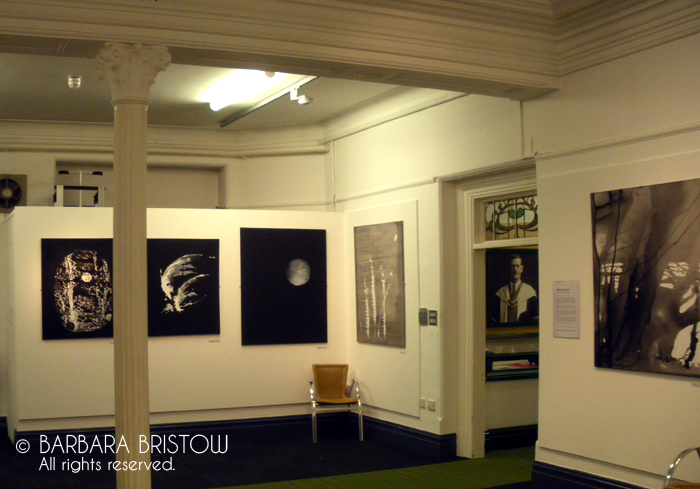 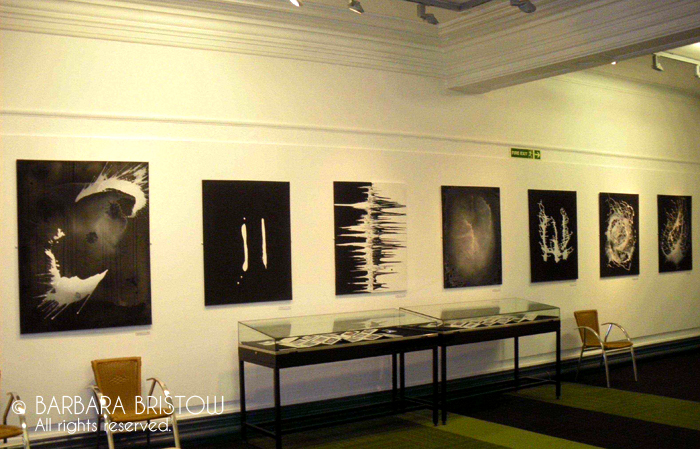 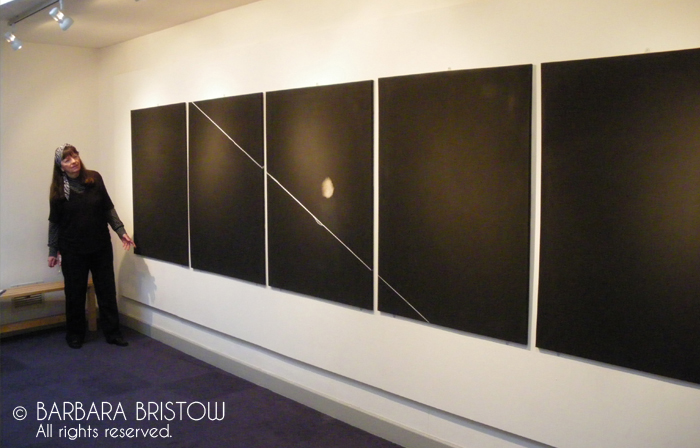 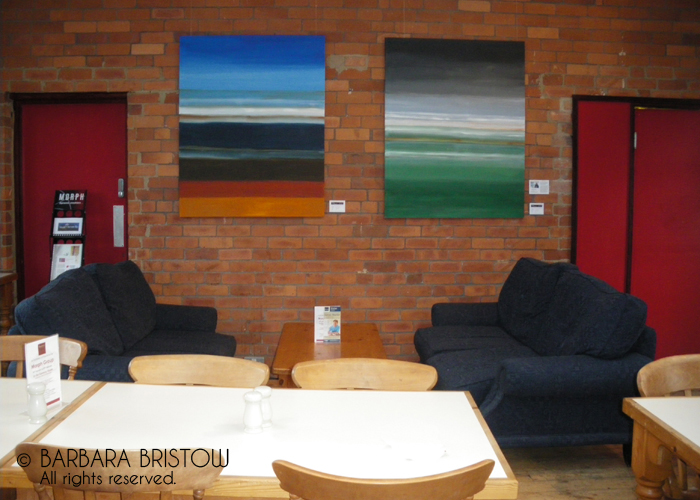 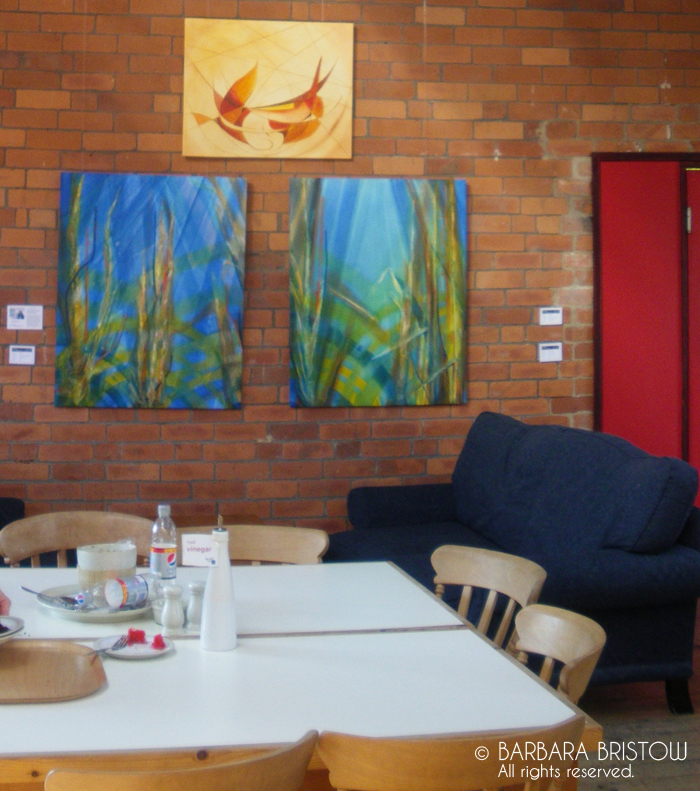 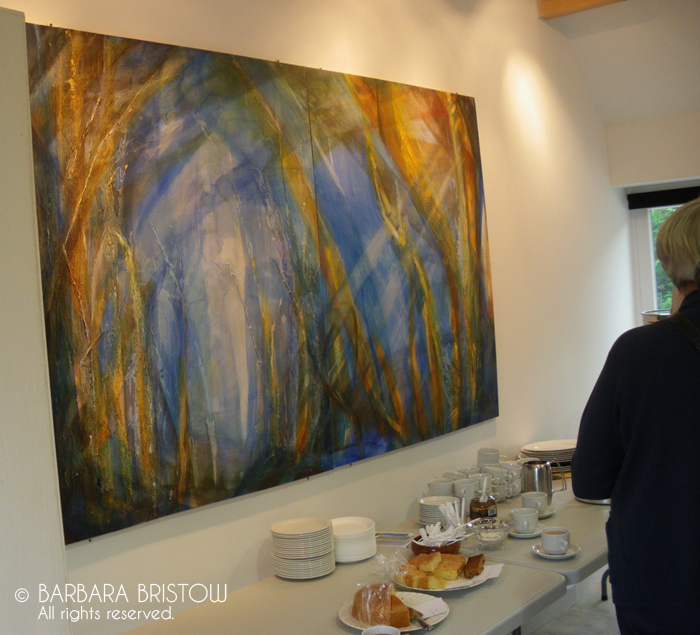 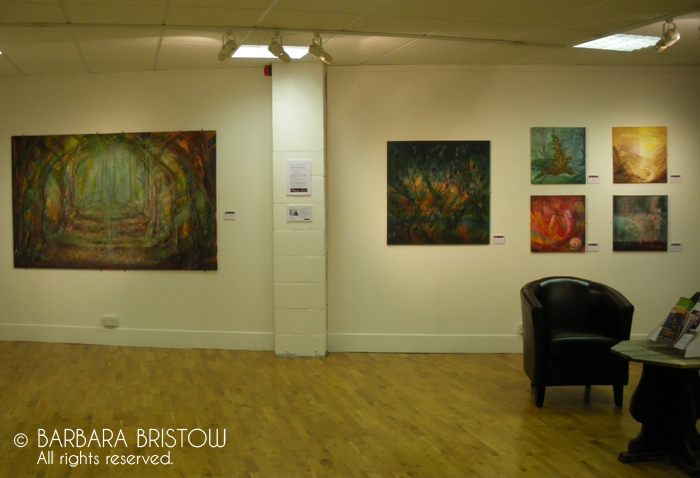 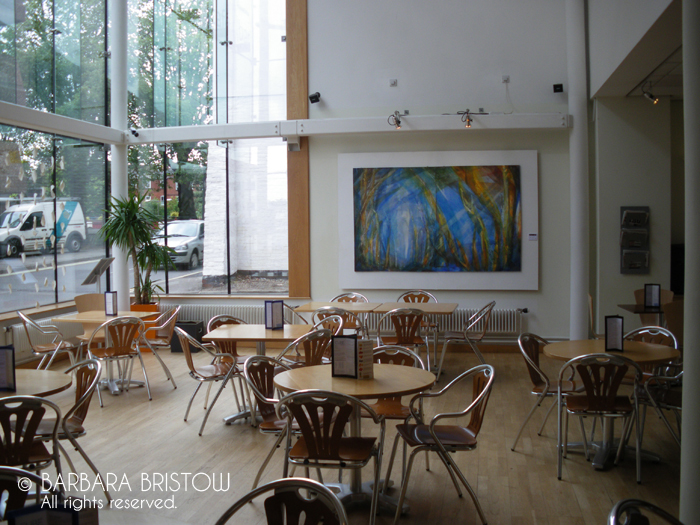 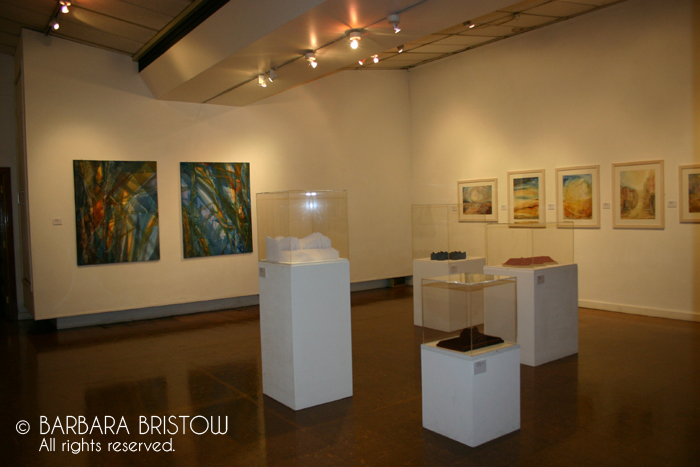 DERBY MUSEUM & ART GALLERY, DERBY
Four Site Exhibition (7 paintings on show including Homage to Turner series and Diptych)
(As a member of the Morph Group)
2 February to 29 March 2008

The painting 'Song of the Spheres' (178 x 127cm), oil on canvas in mainly blues on white, is on permanent display at the Multi-Faith Centre, Kedleston Road, Derby University.

THE DERBY TELEGRAPH ran a very complementary article about the exhibition at Déda under the heading of 'Quality Time', showing a photograph of myself in front of one of my works on 8 December 2011

THE DERBY TRADER published the same article on 15 December 2011

St. James House, Community Mental Health Services Building, Mansfield Road, Derby "Reflections of the Past, Old Power station and Silk Mill", a collage held on loan for a year from 2003 to 2004

The Science Department of Derby Grammar School for Boys, Rykneld Road Littleover, Derby "The Dynamic Fullness of the Void" a set of six paintings on loan for four months in 2002

EXHIBITIONS AS A GROUP MEMBER:

At Denby Pottery Visitor Centre, Denby, Derbyshire from 27 January 2011 to 27 March 2011 with 9 members of the Morph Group

At Deda Dance Centre, Chapel Street, Derby with the Morph group from 7 May to 31 July 2009

At Derby Museum and Art Gallery, a four Site Exhibition with the Morph Group from 2 February to 29 March 2008. I had 7 paintings on show

At Jasmin Cottage Gallery, 117 Chaddesden Lane, Chaddesden, Derby with Colin Stevens and Jeni Smith from 20 April to 9 May 2007

At The Brewhouse Gallery, Burton on Trent, Staffordshire with Morph Members from 2 July to 4 August 2007

At Ashby Arts Festival with the Morph Group at Holywell Mill, Ashby de la Zouch, Leicester from 5 to 13 August 2006

At Pear Tree Farm Arts Centre, Lea Bridge, Matlock, Derbyshire with the Morph Group from 25 April to 25 May 2006

At Holywell Mill, Ashby de la Zouch, Leicestershire with the Morph Group from 7 to 30 of July 2005

At Sharpe's Pottery, Swadlincote, Derby with Jane Falkoner and Janet Pell from 1 to 31 October 2005

Wirksworth Art and Architecture Trail, Wirksworth Arts Festival, Derbyshire as member of the 'New Haus' Group (later re-constituted as the Morph Group) billed as one of the 'highlights' in 2002 also exhibited in 2001

All artwork remains copyright to Barbara Bristow. Any use of content on this web site - including reproduction, modification, distribution, or republication - without prior written permission is strictly prohibited.

Most of the work shown on this site is for sale. All of the works are hand painted originals. Please contact me by email to discuss price and details.